Lewis Hamilton: You know how it is with Max 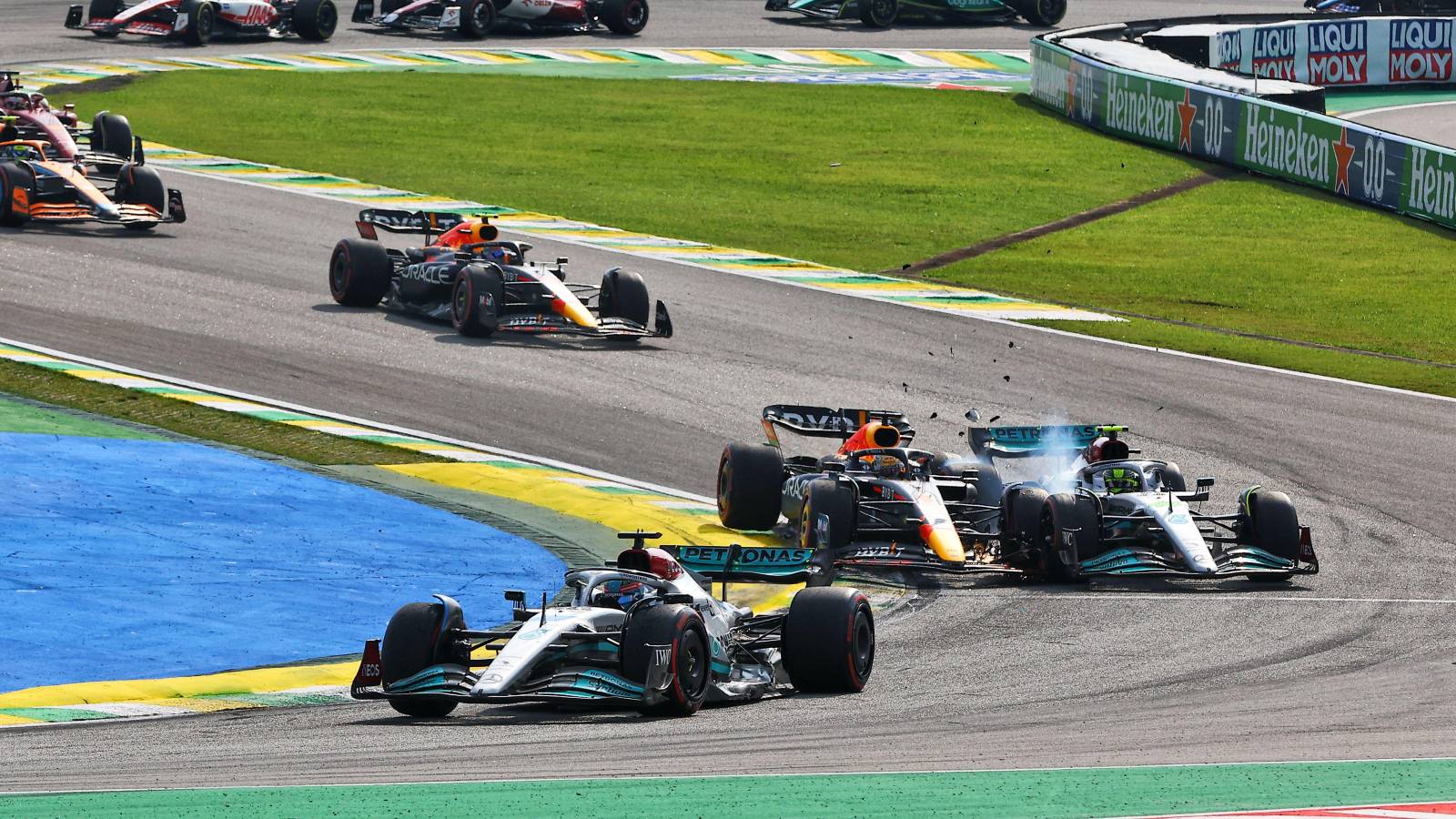 In response to their Turn 2 collision at the Brazilian Grand Prix, Lewis Hamilton expressed his frustration.

In spite of his gracious acceptance of defeat following the Brazilian Grand Prix, Lewis Hamilton was less than pleased with his battle with Max Verstappen.

Verstappen of Red Bull and Hamilton collided early in the race at Turn 2, following a Safety Car restart. This affected Hamilton’s performance.

Hamilton congratulated Russell, who earned his first F1 victory, in his post-race remarks.

“Well, firstly, I’ve got to say a huge congratulations to George. What an amazing drive he did today,” Hamilton spoke to the media.

“He did amazing qualifying yesterday, so he truly deserves it. To my team, I’m so proud of everyone back to the factory. This is an incredible result.

“We’ve worked so hard through this year to get a one-two, and to get a win, and so this is hugely, hugely deserved from everybody, so a big, big thank you.”

Max Verstappen, who was given a five-second time penalty for their collision during the Brazilian Grand Prix, continued to face sharp criticism from Hamilton: