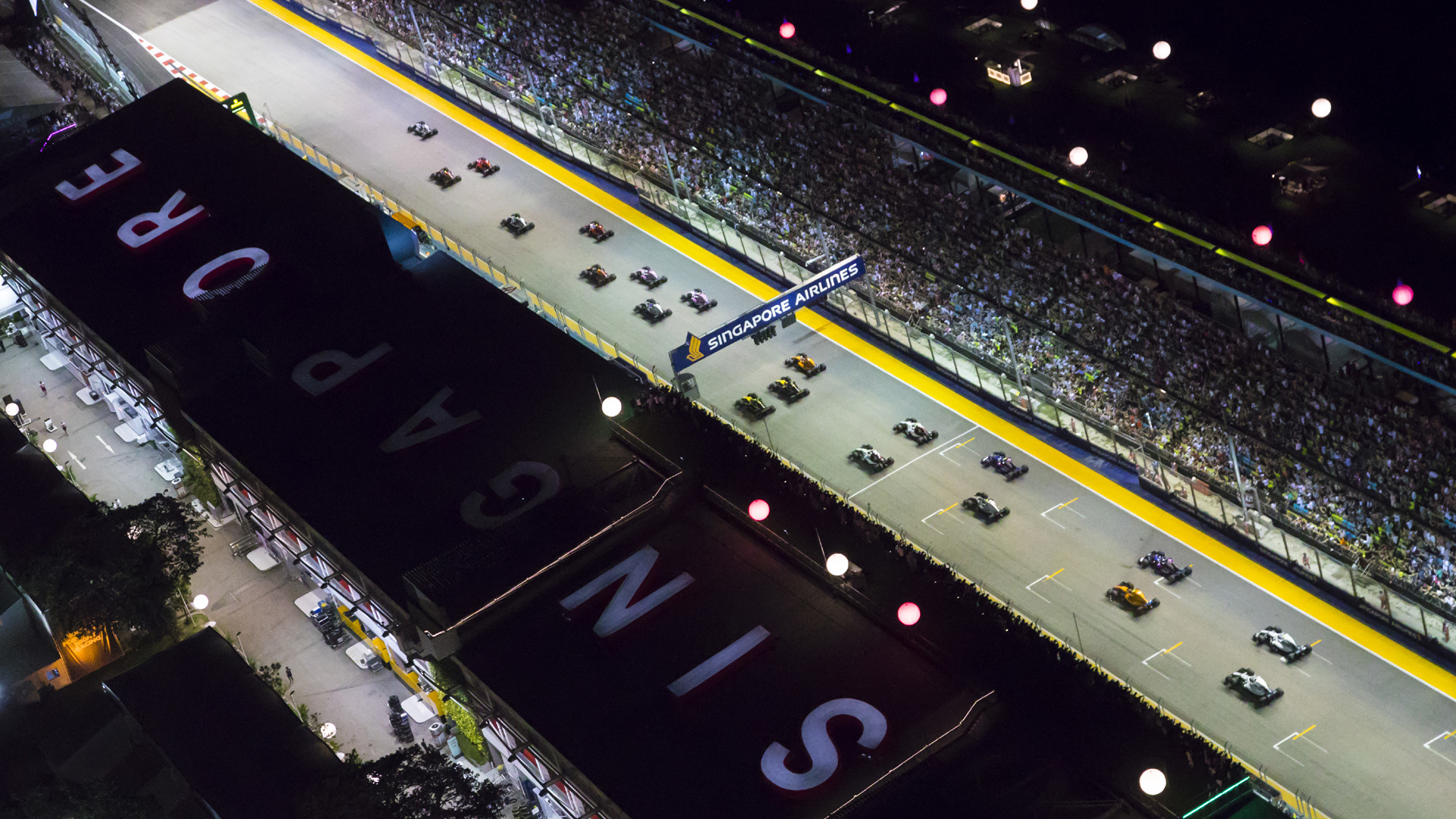 Three DRS zones will be used on the Marina Bay Street circuit when it returns to improve the number of overtaking possibilities.

For the Singapore Grand Prix, there will still be three DRS zones, providing racers a number of chances to make overtakes on the fast street track.

In order to help cars get closer as they enter the second sector, a third DRS was implemented on the exit of Turn 13 during the race’s most recent running in 2019.

Although the Singapore track is the second-slowest of the year after Monaco, Ferrari expects maximum speeds to reach 310kph because of the DRS detection points.

Just an aggregate of 25 overtaking moves have taken place during the last 12 Singapore Grand Prix events.

With 59 overtakes in the race Sebastian Vettel triumphed, the 2019 DRS zone expansion caused the most position changes ever.

This is in comparison to 2009, when there were just three overtakes in the race that Lewis Hamilton ultimately won.