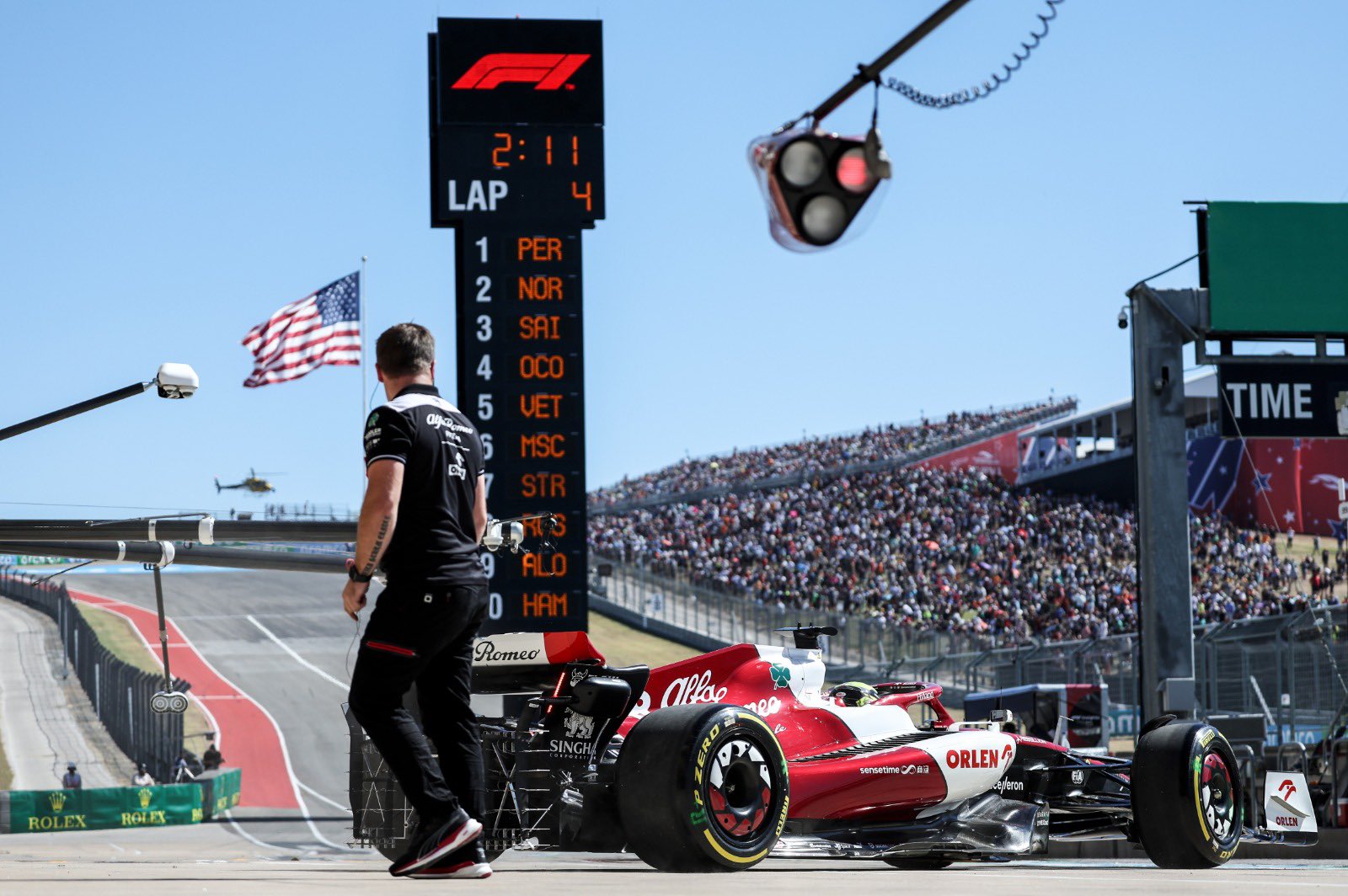 On the opening lap at the Circuit of the Americas, Ferrari’s Carlos Sainz leads out Max Verstappen.

After posting a top time of 1:36.857 seconds during the first practise session at the Circuit of the Americas, Carlos Sainz set the early pace for Ferrari.

After just 14 laps, Max Verstappen was the second-fastest driver and was only 0.224s behind Sainz’s best time.

Lewis Hamilton, who recorded his quickest lap time toward the conclusion of the practise session on the Soft tyre, was 0.475 seconds further down.

After only 15 minutes, the session was called off as F1 returnee Antonio Giovinazzi, driving for Haas in lieu of Kevin Magnussen, spun at Turn 6 and collided with the Tecpro barrier.

The team decided to halt his session early after only four laps because he overheated the clutch and his car needed a gearbox replacement, despite the fact that he was able to get the Haas out and back to the pits.